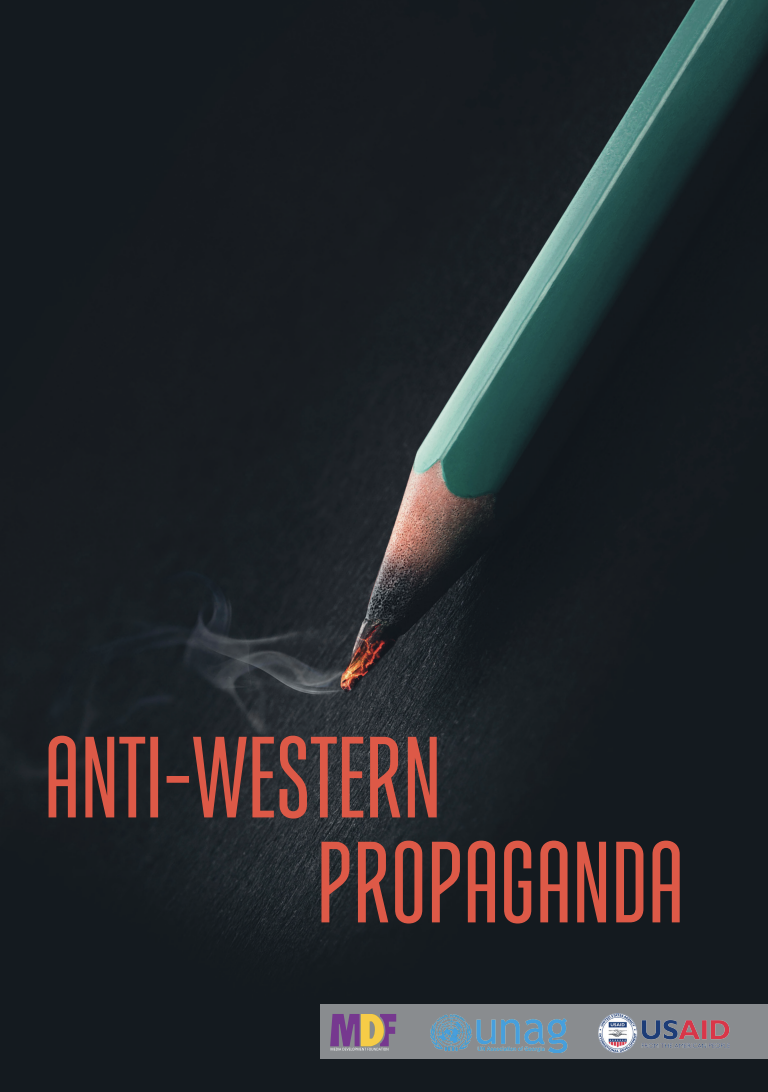 The fifth annual report on anti-western propaganda reflects the results of media monitoring and fake news debunking in 2019. The monitoring report, which traditionally focuses on detecting anti-western messages, observing the process of their framing as well as shifting narratives over time, also identifies sources of these messages and verifies them when they contain fake information.

Monitoring is conducted on media outlets as well as other sources – political class, clerics, public organizations and separate public figures. Apart from monitoring traditional media, fake news is tracked down on the social network Facebook.

The report spans the period from 1 January through 31 December 2019. The introductory part of the report presents main findings of the study, monitoring methodology, total quantitative data and their sources. The third part provides an overview of how narratives are frammed and contains a separate chapter on health and biosecurity which sums up the data of the past five years and reviews harmful information operations consistently conducted by Russian authorities against the Richard Lugar Center for Public Health Research. Final chapter describes the fake and manipulative content instances that were revealed and debunked under the Myth Detector project.

Similar studies were carried out by the Media Development Foundation (MDF) in 2014-2018 too. They were conducted in partnership with the UN Association of Georgia (UNAG) within the framework of USAID’s Promoting Integration, Tolerance and Awareness Program.