Hate Speech in Public Service: Analysis of the Response Mechanism to Violations of Ethical Norms 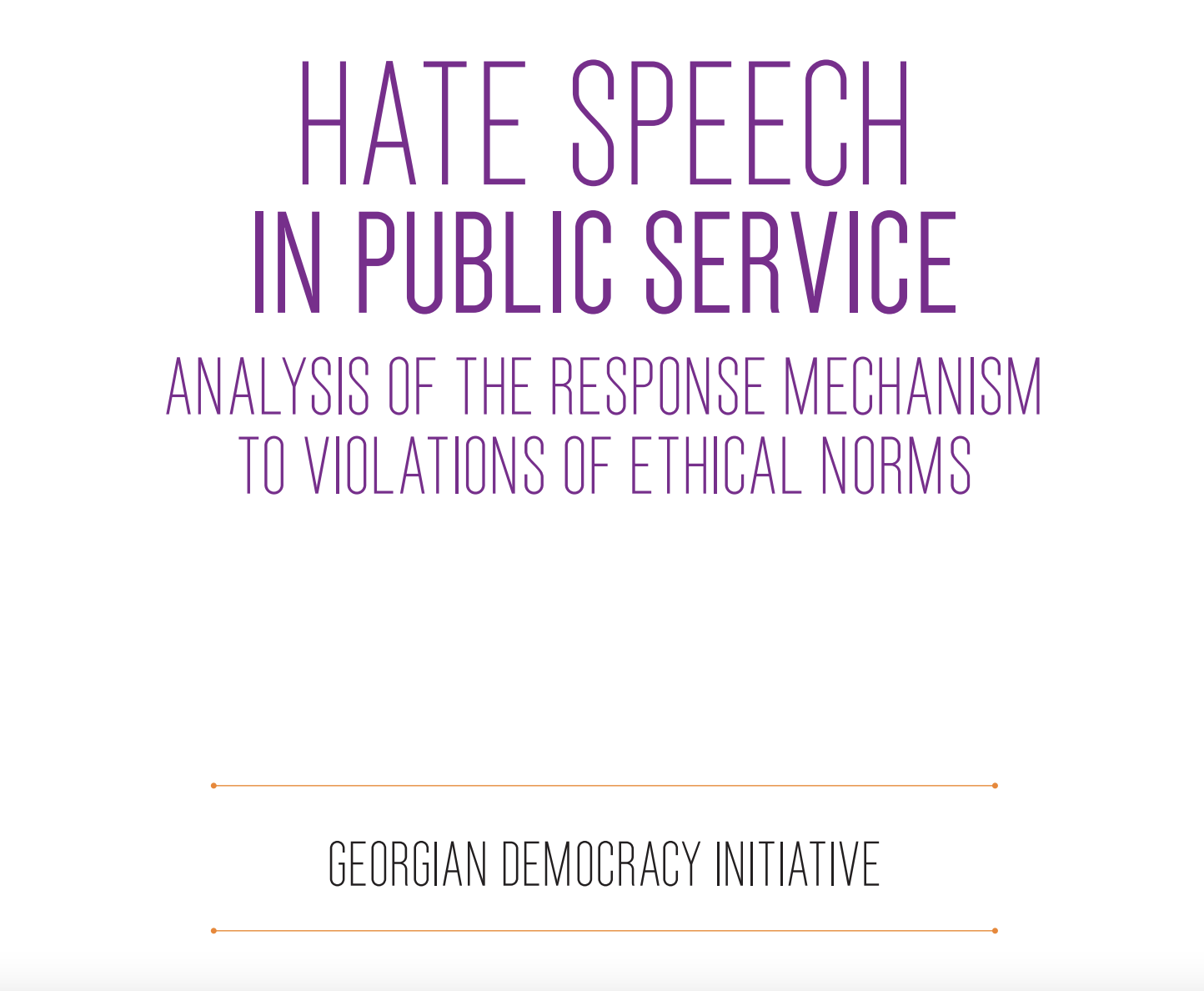 The use of hate speech in public spaces has long been an integral part of everyday life and, in this respect, it remains relevant. Moreover, it often becomes the subject of manipulation by the government and it serves as the basis for unjust restriction of the freedom of expression.

The pre-election period was distinguished by the use of hate speech when it became almost a trend to use texts containing xenophobic, homophobic or other hate speech, including building election campaigns on intolerance and encouraging direct or indirect incitement of hatred among different groups of the society. Hate speech is mostly used on social networks, which contain an abundance of hateful posts and comments. Among others, people employed in public service as well often contribute to sharing and disseminating such posts. The purpose of this research is not to conduct a general analysis of the use of hate speech in public spaces or highlight its trends. The research focuses on the use of hate speech by persons employed in the public sector; in particular, it contains an analysis of the responses to GDI's public statements regarding such incidents.

In particular, within the scope of the research, on the one hand, we have studied the legislative framework about the impermissibility of using hate speech by persons employed in the public sector and, on the other hand, the efficiency of its application in practice.

In this regard, Government Resolution no. 200 is worth mentioning. It determines the rules of conduct for persons employed in public organisations, including the restriction on the use of hate speech. The Law of Georgia on Public Service is also an important document, which deals with the rules related to disciplinary proceedings.

Having discussed the legislative framework, the second part of the research analyses the cases of specific individuals, against whom we have filed applications requesting to initiate disciplinary proceedings. They were identified based on a predetermined methodology and its purpose was to determine how an organisation responds and examines alleged disciplinary misconduct, reflected in the use of hate speech by its employees.

At the end of the research, the findings and relevant recommendations are made for the notice of particular organisations that have been established in the analysed cases.

Finally, the aim of the research, on the one hand, is to facilitate the identification of the use of hate speech by persons employed in the public sector and, on the other hand, to identify the practical or legal needs for the improvement of the existing mechanism.

We would like to point out in express terms that we are against the introduction of a graver responsibility mechanism for the use of hate speech than disciplinary responsibility. We believe that the best way to balance freedom of expression and the use of hate speech is to examine the latter within the frameworks of self-regulatory mechanisms. Introduction of civil, administrative or criminal responsibility would be particularly damaging and disproportionate in terms of guaranteeing freedom of expression in the country.