RESEARCH REPORT: The effectiveness of one year Georgian language program for ethnic minorities at HEIs.

On November 8th, 2016, UNAG’s "Promoting Integration, Tolerance and Awareness Program” [PITA] and the Center for Civil Integration and Inter-Ethnic Relations (CCIIR) have released a research – "The effectiveness of one year Georgian language program for ethnic minorities at HEIs.” 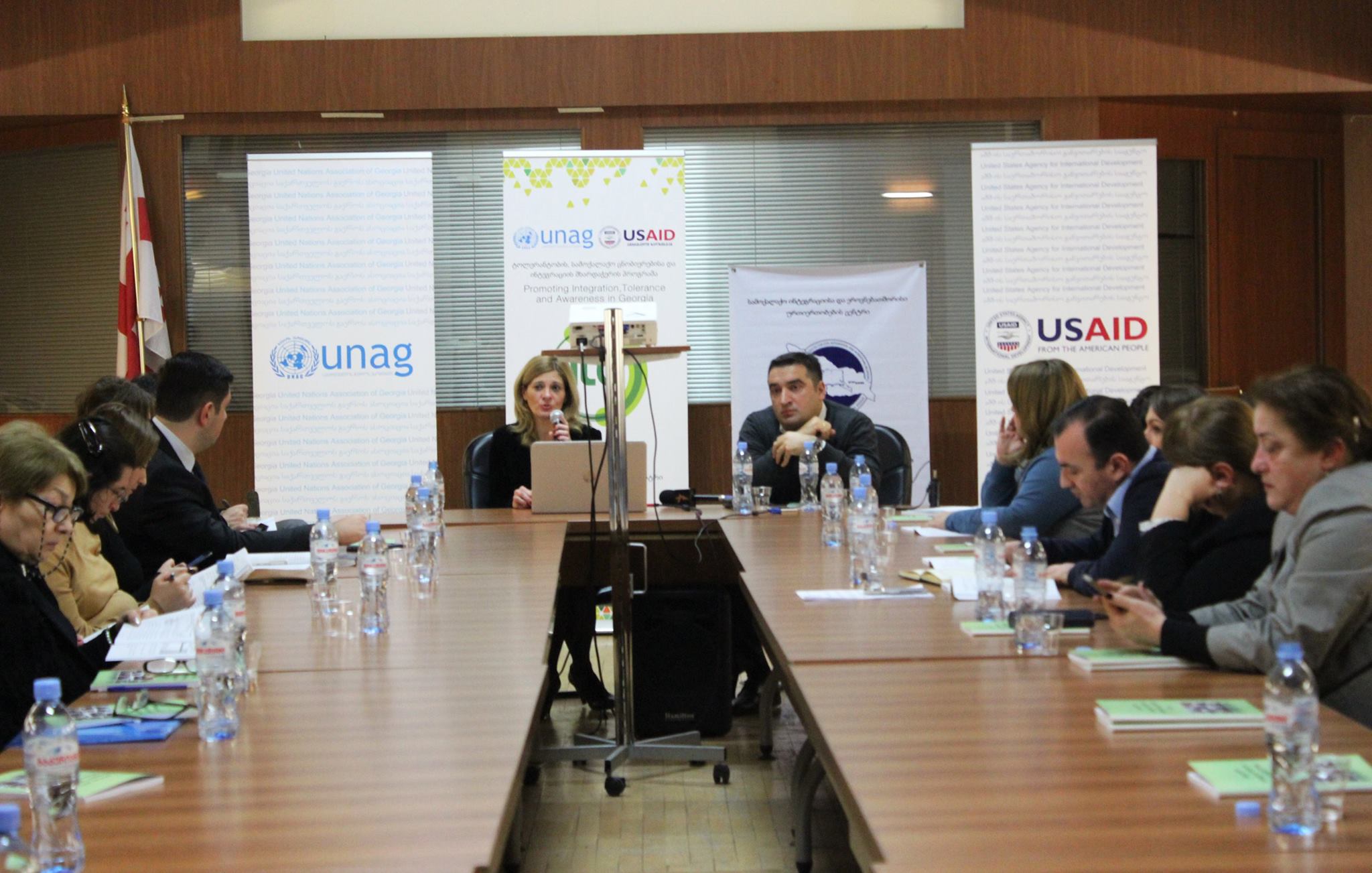 The research studied the effectiveness of the "Quota System in Georgia" introduced at higher education institutions by Ministry of Education of Georgia in the framework of "an Affirmative Action Policy” towards ethnic minority entrants. Through the quota system (1+4 system) non-Georgian university entrants can take exam on their native language only in general skills. Upon passing the threshold,they become students of one-year Georgian language program and pursue studying at BA level (after completing the program- accumulating 60 credits). The implementation of the policy is one of the major instruments to promote equality and increase access to higher education at Georgian state universities.

CCIIR carried out the research in several directions, including assessment of the effectiveness of the program and examining students' attitudes and perceptions towards the quality of one year Georgian language program. Totally 300 randomly selected students from TSU, Medical University, Technical University, Akhalkalaki and Akhaltsikhe Universities participated in the research. The research resulted in several important findings and also provided specific recommendations for improving the policy and one year Georgian language program.

Despite the fact that a mitigation policy substantially improved access to higher education of ethnic minorities, the research revealed diverse challenges and trends of the policy, including but not limited to: